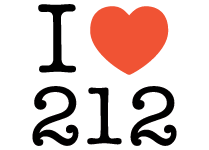 Posted on at by David

Manhattan is set to get a new area code on June 10th: 332, this new area code is not going to replace any existing area code but will rather be an overlay to the 212 and 646 area codes which are exclusive to Manhattan. While 212 is mainly used for landlines and are no longer being distributed, 646 numbers are assigned for both landlines and cell phones.

How is this new are code affecting current residents? Not much, except that new residents and new lines being initiated will be assigned this new 332 area code.

Now, who wants this new area code? not many, it seems like most people will rather stick with their exclusive 212 area code or the less popular 646.

As noted in a recent article on CNN: The 212 area code is something of a status symbol. It was one of the original 86 codes created in 1947, and the first in New York City. As residents told New York Times in 2015, “the only acceptable area code for a Manhattanite is 212.”

What do you get when you order a 212 number